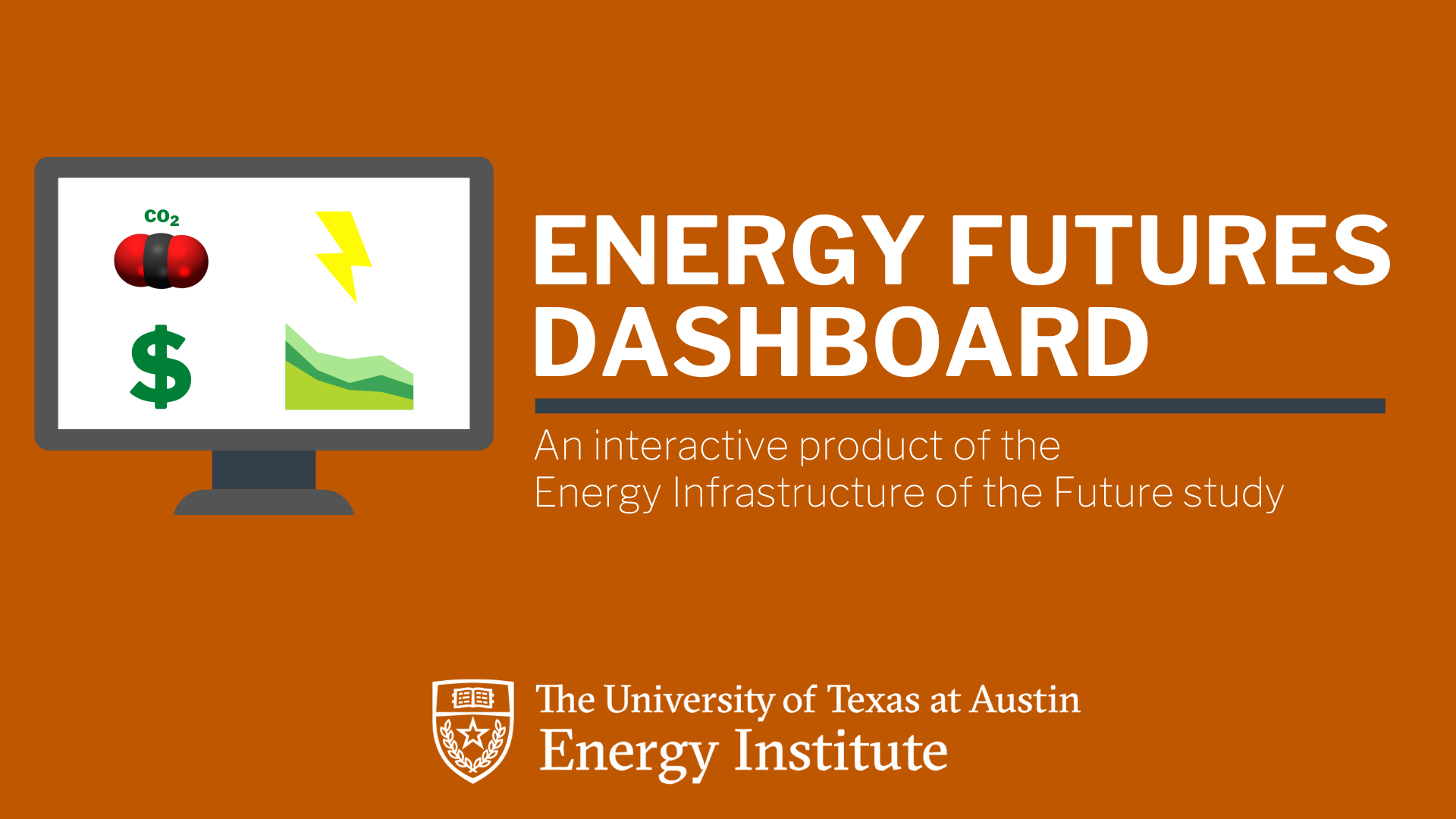 AUSTIN, Texas — A new online interactive dashboard enables users to understand the costs and impacts of major supplies and demands of energy through the year 2050 across the U.S.

With policymakers, utilities, and companies facing complex challenges for the global energy transition, decisions about today’s infrastructure investments have tremendous long-term consequences for public and private stakeholders. The Energy Institute at The University of Texas at Austin has developed the Energy Futures Dashboard, a unique web-based tool to better inform choices and dialogue around the future pathways of energy infrastructure by leveraging insights from research and data from multiple federal agencies.

Building upon the multiyear interdisciplinary Energy Infrastructure of the Future study, the new dashboard allows users to create their own scenarios for one of 13 U.S. regions for the year 2050. Users can model energy infrastructure pathways by varying three key sets of inputs: the mix of electricity generation sources, the percentage of light-duty vehicles that are electric, and the percentage of households heated by natural gas and electricity.

After choosing the percentage of “electricity mix” to come from each type of resource – for example, 50% from solar, 25% from wind and another 25% from natural gas – and other user inputs, the Energy Futures Dashboard performs real-time calculations using data and statistics from sources such as the U.S. Energy Information Administration, the Federal Energy Regulatory Commission, and the National Renewable Energy Laboratory. Users can also create a customized report that presents a sharable summary for the user-generated scenario, including metrics such as the number of power plants required, related CO2 emissions, land use, and costs.

The following reports were generated as illustrative examples using the dashboard for the California, Mid-Atlantic and Central Regions:

“The lack of consensus on how future energy supplies should be provided and consumed throughout the United States is striking,” said Carey King, assistant director of the Energy Institute and lead architect of the tool. “The dashboard incorporates regional differences in climate, resources and hourly electricity demand, making some important details truly accessible for public discourse and policymaking at the state and federal levels. Instead of just reading an academic or consulting report on an optimal investment pathway, the user is now in charge.”

Visit the Energy Futures Dashboard and the Energy Infrastructure of the Future study at https://energy.utexas.edu/policy/eiof.