MEXICO CITY—The dream of a unified North American electricity grid could not have been contemplated until Mexico’s electricity market was opened to foreign companies in 2014. Today larger scale volumes of electricity are flowing in both directions across the Mexico-United States border. The United States and Canada have long established interconnections and proponents of a unified grid are heralding Mexico’s nascent energy reform as a potential pathway to seamless transmission between the three North American nations. There are currently 11 sets of transmission lines straddling the Mexico-U.S. border. Mexico’s senior energy decision makers and industry executives are working with American counterparts to expand that footprint. Mexican politicians who support energy reform said that Mexico’s energy reform will usher in interconnections with the U.S. on a far grander scale. Consumers in both countries stand to benefit benefit because higher volumes of electricity should push prices down. 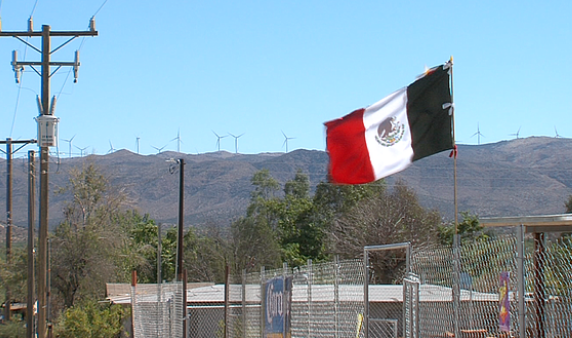 Pavlovic believes successful electricity reform will benefit Mexico’s social development. The cost of electricity for Mexican residential and business electricity consumers is among the highest in the hemisphere, on average 25 per cent higher than in the U.S.

“You have more need to diversify your sources,” said Pavlovic in his modest office. “And that makes trade in electricity more valuable, more important.”

That cross border trade today includes the Frontera combined cycle plant in Mission, Texas. It sends 100 per cent the electricity it generates to Mexico. It is owned by New York-based private equity firm Blackstone. On the west coast, San Diego-based Sempra Energy is bringing in wind-generated electricity for the California grid from Baja California.

Mexican Energy Undersecretary César Hernández said those are but two examples of what he hopes will become a more robust trade in electricity. He is now focused on upgrading electricity exchanges between Arizona and the Mexican state of  Sonora.

“This year we are starting to build a stronger interconnection between Nogales, Sonora and Nogales, Arizona. In a more efficient world, we would see that happening all across the border.”

The cost of making electricity in the U.S. has fallen over the past 12 months — while in Mexico electric power is expensive and often unreliable. Most power plants here are fired by coal and fuel oil and and they’re more costly to run. On average, residential electricity rates for Mexicans are 25 per cent higher than in the U.S. That gives U.S. electricity companies a price advantage for sales here.

“If Texas gives us electricity more cheaply, I would buy it,” said Mexico City resident Jose Aviña in Spanish.

However President Donald Trump’s stance on Mexico concerns people in energy from consumer to producer to Mexico’s energy regulators. Jose Maria Lujambio is an attorney who works with U.S. electricity companies looking to enter the Mexican market.

“It’s easier to build transmission lines without walls,” he explained, adding that he is skeptical an expanded border will become a reality. But he said he had other fears.”Even more than the physical wall, the political wall. The economic interests at stake are very big.”

Houston-based energy consultant Jimmy Glotfelty formerly worked for President George W. Bush. He voiced a similar concern. “I’m a little but fearful that the protectionist attitudes in Washington may make it even harder to flow additional energy to the south,” said Glotfelty.

“You’d be able to share the lowest cost resource which might be hydro coming from Central America instead of using something right here in Texas that may be more expensive. We could use that. That’s only going to happen if you have an integrated grid.”

That is Jeff Pavlovic’s dream as well. Although small scale electricity interconnections have taken place on the border since the 1900s, Pavlovic sees a future unified Mexico – U.S. electric grid with large scale imports and exports of power. “What is lasting and sustainable is the linking of two systems,” said Pavlovic.

In addition to electricity, U.S. natural gas exports to Mexico are slated to nearly double in the next two years. The gas will power new, cleaner burning power plants here. But the advantages of this are not confined to Mexico because growing energy exports to Mexico represent thousands of American jobs.