Takeaways from Planet of the Humans: A Conversation on Energy & Society 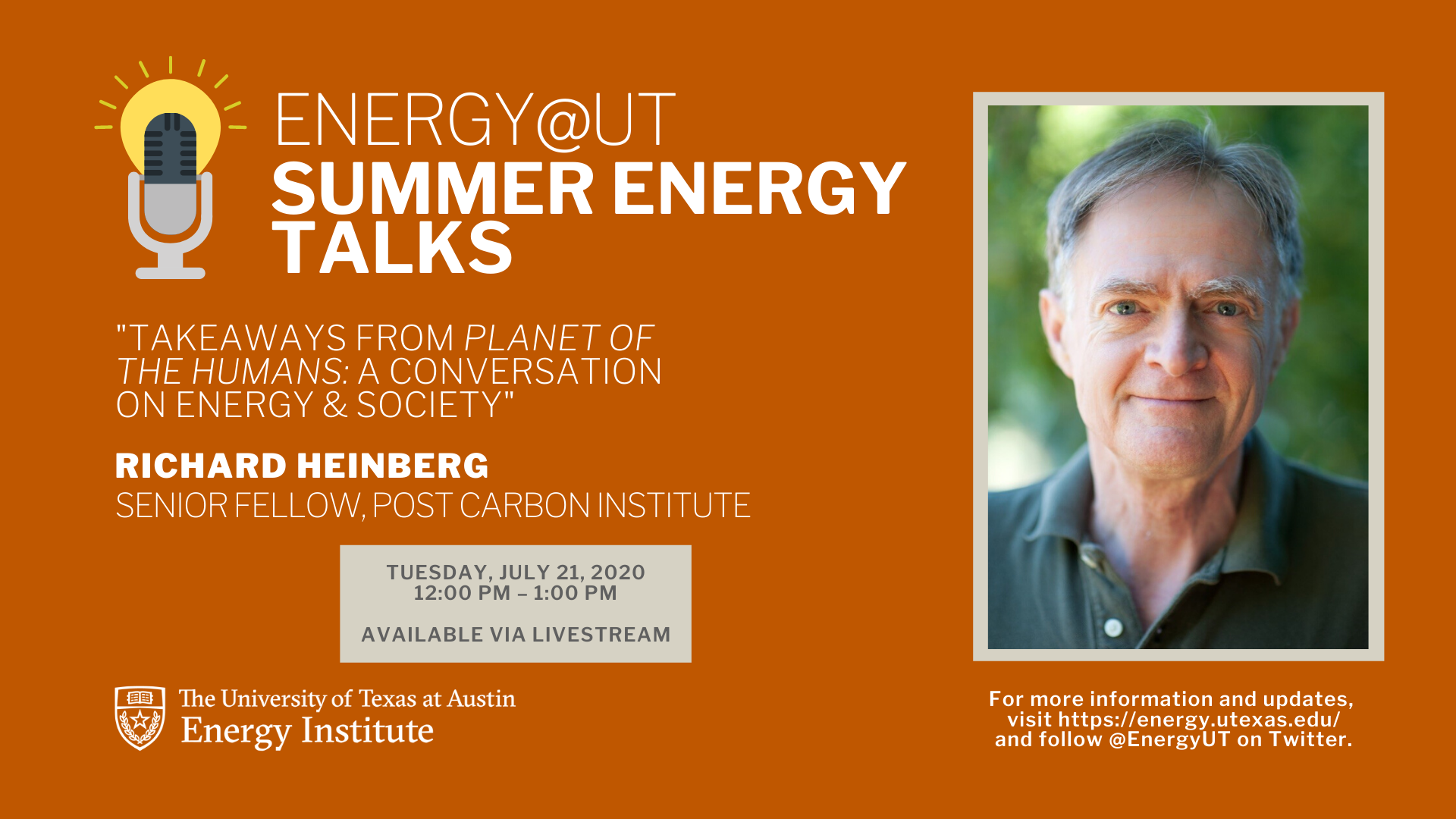 View a recording of the talk

Abstract: The movie Planet of the Humans (PotH), directed by Jeff Gibbs, with Michael Moore as Executive Producer, was made publicly available on YouTube for free viewing on April 21, 2020—just before the 50th anniversary of the first Earth Day. The film sparked controversy among the environmental community by questioning whether many environmental organizations are actually preserving the environment, progressing toward lower greenhouse gas emissions, and unnecessarily avoiding issues related to population pressure, the high levels of consumption in rich countries, and the limits of modern industrial renewable energy technologies. Richard Heinberg’s background as an author of over a dozen energy and environmentally-oriented books and his interview in PotH gives him an informed platform to discuss what the film got right, what it got wrong, and why it presented the subject matter in such a direct and controversial manner.

Related Reading: Richard Heinberg's review of Planet of the Humans

Guest Bio: Richard Heinberg is Senior Fellow of Post Carbon Institute and author of several books on energy and the environment, including Afterburn: Society Beyond Fossil Fuels, and Our Renewable Future with David Fridley. He’s won an award for excellence in energy education and has been published in Nature and Wall Street Journal. Heinberg’s work is cited as one of the inspirations for the international Transition Towns movement, which seeks to build community resilience ahead of climate change and society’s possibly wrenching shift away from its current dependency on fossil fuels. He and his wife Janet live in an energy-efficient Permaculture home in Santa Rosa, California.

Host Bio: Dr. Carey King is Research Scientist at The University of Texas at Austin and Assistant Director at the Energy Institute. He also has appointments within the Jackson School of Geosciences and the McCombs School of Business. Carey performs interdisciplinary research related to how energy systems interact within the economy and environment as well as how our policy and social systems can make decisions and tradeoffs among these often competing factors. The past performance of our energy systems is no guarantee of future returns, yet we must understand the development of past energy systems. Carey’s research goals center on rigorous interpretations of the past to determine the most probable future energy pathways. Dr. King is author of the forthcoming book (Fall 2020): "The Economic Superorganism: Beyond the Competing Narratives on Energy, Policy, and Growth". For more: http://careyking.com/.