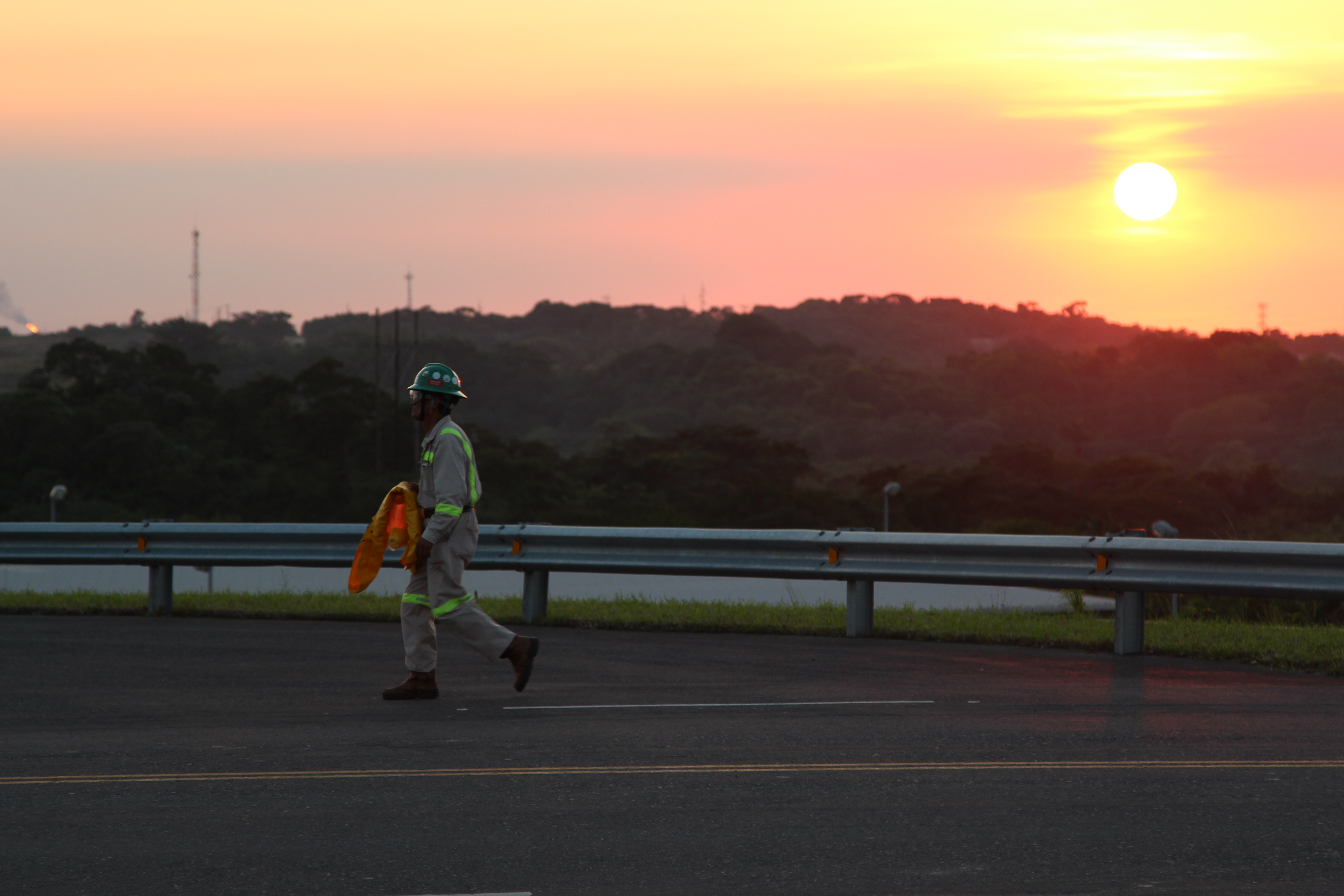 MEXICO CITY—President Donald Trump has said he will renegotiate the North American Free Trade Agreement with Mexico and Canada. That has a lot of businesses that do cross border trade concerned. That includes some U.S. energy executives even though energy was excluded from NAFTA. Under Mexico’s nascent energy reform program, American energy companies such as Exxon Mobil, led until recently by Secretary of State Rex Tillerson, are now pitching once unthinkable exploration and production partnerships with Pemex, Mexico’s state-owned energy agency. It’s all part of Mexico’s attempt to modernize and inject cash into its energy sector.  But there may be reform that has to take place at Pemex itself before more U.S. companies invest.

The nerve center of Mexican energy, Torre Ejecutiva Pemex, s unmistakable on Mexico City’s skyline, a monument to oil and gas when both produced massive, steady income. That is now no longer the case. When Mexico ushered in energy reform three years ago, inviting foreign players into the market for the first time since 1938, crude oil sold for a hundred dollars a barrel. Today it’s worth about half as much. These days Pemex is slashing its workforce, dumping pension obligations and selling off non energy-related assets.

“It’s not easy to see a simple, competitive future for Pemex,” Mexican energy analyst David Shields said. “It is overstaffed, it is over debted, and it has all kinds of burdens that it has inherited over the years when oil prices were high. And high prices bring inefficiency, overspending.”

“You have to swallow very unsavory medicine in order to take care of the patient’s illness,” explained Jorge Piñon. He is the former head of Amoco Oil in Latin America and now leads the Latin America and Caribbean Energy Program at the University of Texas at Austin. Piñon said Pemex is taking its medicine adding that Pemex is cutting  the fat by cutting its workforce and dumping pension obligations. But he said changing the corporate culture at Pemex won’t be quick or easy. “When you have institution like Pemex that for 75 years has been a state monopoly, it is inherently corrupt in the way that it does business.” 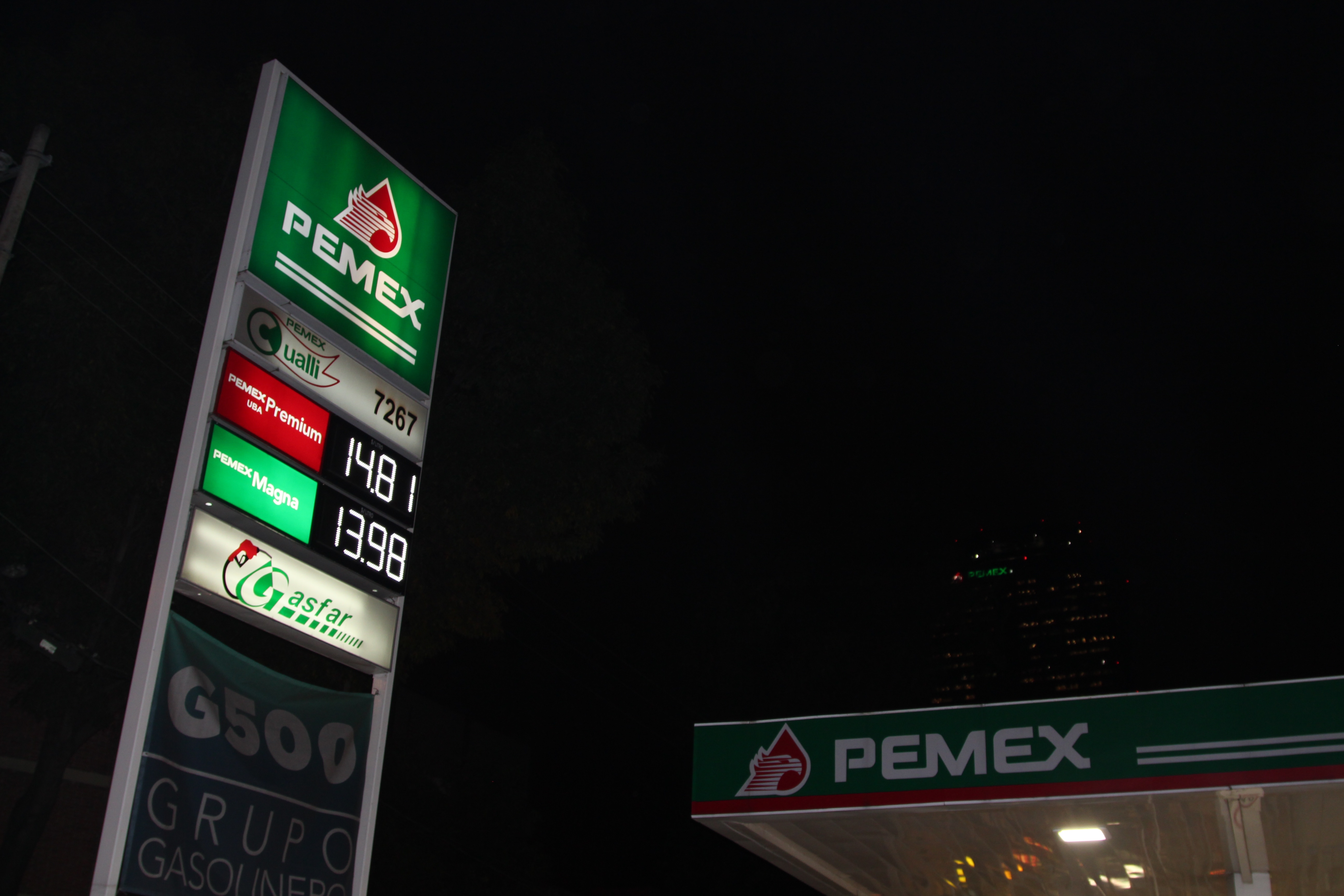 A Pemex gas station in front of Pemex headquarters, Mexico City. The state-owned agency is dealing with several challenges as it participates in Mexico’s deregulated energy markets. (photo: Lorne Matalon)

“It’s a fact. And we need to face it,” said José Manuel Carrera, Pemex’s Director of Business Development. Across town, I met with Cleantho Leithe who heads the Mexico office of Brazil-based Braskem, Latin America’s largest petrochemical company. Braskem is a major player in the deregulated Mexican energy market. Leithe says there’s another problem at Pemex, namely brazen nepotism.

“When somebody retired,” he explained, “he could indicate that he wanted his son or his nephew or somebody from his family to take his post. That is absurd.”

Pemex’ Carrera says the company is  working with its union to stop that practice. And Leithe said that’s changing, albeit slowly. Leithe agreed with former U.S. Ambassador to Mexico Antonio Garza who told me U.S. energy companies will miss out if they don’t move in. But Garza, who now lives in Mexico City, also said some of those companies may not move until Pemex gets its books in order. “Does Pemex need to reform?” he asked rhetorically. “I’d say, ‘You bet.’ And most Mexicans would say it should’ve been done yesterday.”

Pemex hasn’t exactly been helped by the Mexican government. Instead of using profits to help the company upgrade equipment or train workers, it has used Pemex as a piggy bank, taking away its profits to build schools, hospitals, and in one case, a world class baseball stadium.

Despite these challenges, U.S. oil, gas and electricity producers have entered Mexico’s deregulated energy markets; Exxon Mobil, Chevron, California’s Sempra Energy and New York-based Blackstone among them. Pemex’ Carrera says despite the current low price environment, there is an upside for American energy companies even if the U.S. administration ultimately decides to make it more expensive for those companies to set up shop in Mexico.

“The opportunity is so large that oil companies are discerning enough and understand that the first barrels that will come out of these fields will be not now but in five to seven years. So they should actually be looking at what is their price expectation on that horizon of time rather than actually just looking at the current price,” he said.

Mexico sees its energy reserves as a focal point of national pride. It’s why foreign companies were expelled in the first place close to 80 years ago. Reform may not have been an issue when oil prices were high. But now there is a real urgency to modernize Pemex and bring in foreign investment and expertise to rescue it.